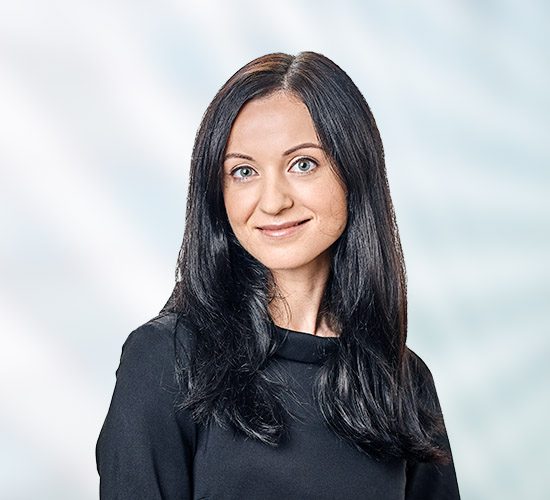 Dr Oksana Fruzerova is an attorney-at-law who specializes in capital markets law, dispute resolutions, public international law and human rights. Prior to joining Lithuanian Bar, Oksana worked at Lithuanian Securities Commission and Bank of Lithuania and has extensive experience in resolving disputes in the field of capital markets, such as: drafting legal documents and legal acts, successful representation in court proceedings regarding various issues of capital markets (market manipulation, insider dealing, managers’ transactions, takeover bids, protection of minority shareholders etc.) and representing Bank of Lithuania at national and EU institutions. Oksana has prepared various scientific publications in the field of capital markets law.

Member of the Lithuanian Bar Association

member of the Market Integrity Standing Committee of the European Securities and Markets Authority (ESMA).

Doctoral (PhD) diploma in Law, Vilnius University. Dissertation title: „The content of the prohibition of market abuse and problematic aspects of administrative and criminal liability for infringement of this prohibition.”

Violations in the financial market: insider trading and market manipulation. Justitia. 2010, No. 2(74).

Squeeze-out and Sell-out rights – essence of this institute and problematic aspects. Teisė. 2014, No 90.

Market abuse regulation – the issue of administrative responsibility. Teisė. 2014, No 91.

A historical overview of market abuse in the context of trading in securities. Teisė. 2015, No 95.

Some problematic aspects regarding application of restitution and submission of class action in case of market abuse. Teisė. 2016, No 98.

In 2014, attended a comprehensive training course in market abuse violations organised by the U.S. Securities and Exchange Commission in Washington, DC.

In 2013, attended seminars on supervisory methods hosted by ESMA in Paris.

In 2012, attended seminars on market abuse investigations organised by ESMA in Warsaw.

In 2011, attended seminars on the functioning of the commodity market hosted by ESMA in Paris.

In 2010, attended a comprehensive training course in violations of financial markets organised by the International Organization of Securities Commissions (IOSCO) in Istanbul.

In 2009, attended seminars on the practical aspects of financial crime investigations organised by the European Institute of Financial Regulation (EIFR)  in Paris.

In 2008, was a visiting specialist at the Dutch Authority for the Financial Markets (AFM) in Amsterdam.

In 2008, attended a conference addressing the issues of the financial crisis of 2007-2008 organised by IOSCO in Madrid.